CORE, Donor Families Pause to Remember Loved Ones at A Special Place Ceremony

CHARLESTON, W.VA., Sept. 25, 2017 – On Sunday, Donate Life West Virginia and the Center for Organ Recovery & Education (CORE) honored the more than 200 heroes who gave the selfless gift of life during A Special Place ceremony, held at the Clay Center in Charleston, West Virginia.

For the sixth year in a row, the event brought together the families of organ, tissue and cornea donors who have saved or improved the lives of transplant patients in the past year in West Virginia.

“When someone makes the decision to become an organ, tissue and cornea donor, they become a remarkable kind of hero, because they have given the gift of a better life to someone they will never know,” said Susan Stuart, president and CEO, CORE, who also served as the event’s emcee. “They also secure their own permanent special place in this world; a place we will always honor. I cannot imagine a more incredible honor than sharing this day with the families of these heroes and assuring them that their loved one will never be forgotten.”

Among the guest speakers at the event were Nancy Jividen of Eleanor, West Virginia, mother of Shane Jividen, who was an organ, tissue and cornea donor in 2013 following his death in an ATV accident at the age of 36. An avid outdoorsman, Mr. Jividen served as a volunteer firefighter in his community for 20 years prior to his death. John Shuman, a native of Cross Lanes, West Virginia, Mr. Jividen’s cornea recipient, also shared his emotional story about receiving the gift of sight thanks to Mr. Jividen’s decision to become a cornea donor. By chance, Ms. Jividen and Mr. Shuman are co-workers at a Cross Lanes retail store and have been since before Mr. Jividen’s death.

Attendees also heard from Dunbar, West Virginia, resident Vicky Keene, who, because of advanced chronic obstructive pulmonary disease (COPD), is waiting for a double lung transplant. Ms. Keene, a wife, mother and grandmother, said that although she fears her transplant won’t come in time, the generosity of the donors and their families at the ceremony gives her hope.

Prior to the ceremony, family members pinned quilt squares in remembrance of their loved ones. CORE also hosted a butterfly release at the end of the event in honor of the 2016 donors.

In 2016, 49 organ donors, 240 tissue donors and 181 cornea donors from across the state of West Virginia gave life to more than 150 people, sight to more than 30 people, and healed as many as 18,000 people, including burn victims and cancer survivors.

Nearly 117,000 people nationwide are waiting for a life-saving transplant. Each donor can save up to eight lives through organ donation and improve the lives of nearly 75 people through cornea and tissue donation. 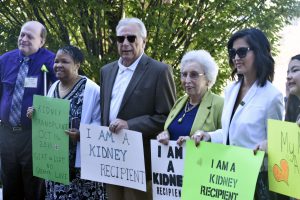 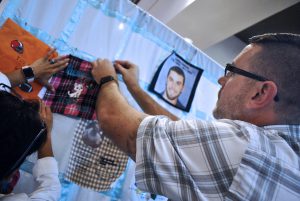 For the sixth year in a row, A Special Place West Virginia brought together the families of organ, tissue and cornea donors who have saved or improved the lives of transplant patients in the past year in West Virginia.

The Center for Organ Recovery & Education (CORE) is one of 58 federally designated not-for-profit organ procurement organizations (OPOs) in the United States. CORE works closely with donor families and designated healthcare professionals to coordinate the surgical recovery of organs, tissue and corneas for transplantation. CORE also facilitates the computerized matching of donated organs and placement of corneas. With headquarters in Pittsburgh and an office in Charleston, West Virginia, CORE oversees a region that encompasses 163 hospitals and almost six million people throughout western Pennsylvania, West Virginia and Chemung County, New York. For more information, visit core.org or call 1-800-DONORS-7.